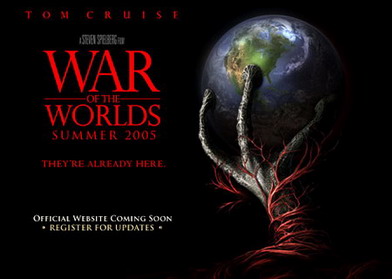 Nothing currently resides at the site beyond some creditss, a teaser image and a link to sign up for updates from the site, but stay tuned as we’ll be gringing you the upcoming teaser trailer as well as more updates from the official website.

In H.G. Well’s 1898 novel, ‘The War of the Worlds,’ he invented the myth of invasion from outer space. Martians land near London, conquering all before them, and ruin the metropolis; the fate of civilization and even of the human race remains in doubt until the very last. ‘The War of the Worlds’ is disturbingly realistic both because of its setting — Wells bicycled the route the Martians take on landing — and because of its characters: the superstitious curate, boastful artilleryman, and enterprising medical student are believable if not sympathetic figures, as well as signifying types of fin-de-siecle change and vision.