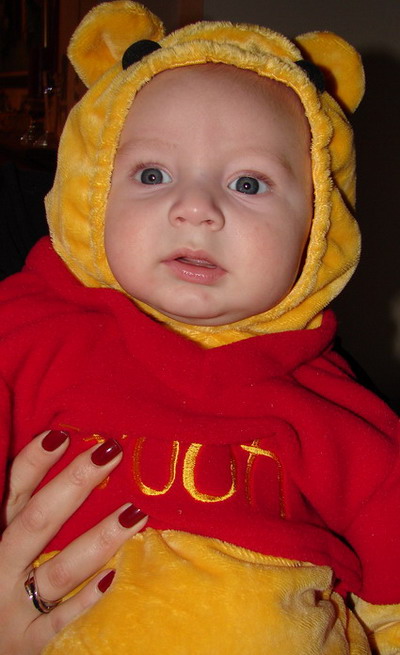 Nickel Nicky was Pooh for his very first Halloween, his first BIG holiday! He had a jam packed weekend, attending his cousin’s 1st Birthday / Halloween party and trick or treating with his other cousins back in NJ 🙂 All in all Nicky loved the holiday and is looking foward to next year’s big adventure 😉 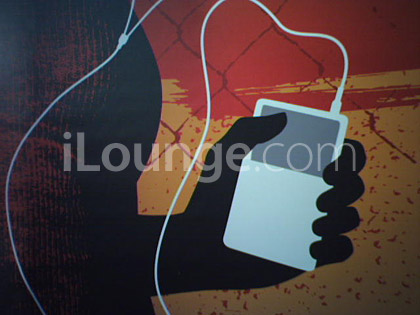 Geez didnt they JUST announce the nano! God Apple is the king of suspence and making people get excited about a product! 1pm SHARP today they are announcing antoher new product or a bunch of products. It JUST leaked it will be a new IPOD! It DOES look kind of wide-screenish looking 🙂 Video Ipod? Time will tell! I will be reporting what ipodlounge and engadget.com will announce! LATER !

Ok, so we’re still having issues, but here’s what we’ve got so far. Apparently there’s a Salling Clicker replacement for the Mac—a Mac remote, as it were. It’s called FrontRow. It’s a Bluetooth device, and apparently looks a lot like a shuffle.

We also have word of a new, flatter iMac with built-in iSight. This guy will have a larger drive, FrontRow, and will cost the same as the current 17-inch model—ships today.

What’s the device named, you ask? The iPod. That’s it, just The iPod. Well spare you the Prince jokes. The iPod will have TV out.

Stevie has iTunes 6.0 up there—only about a month after introducing iTunes 5.0.

At launch over 2,000 music videos will be made available at a cost of $1.99 apiece. You can download iTunes 6.0 starting today.

Oh, and one more thing…

It’s not only music videos you can buy. No, Apple’s set up to allow you to purchase TV shows for $1.99 apiece. Get Desperate Housewives or four other ABC shows premiering on iTunes at two bucks an ep. Videos are native QVGA resolution. 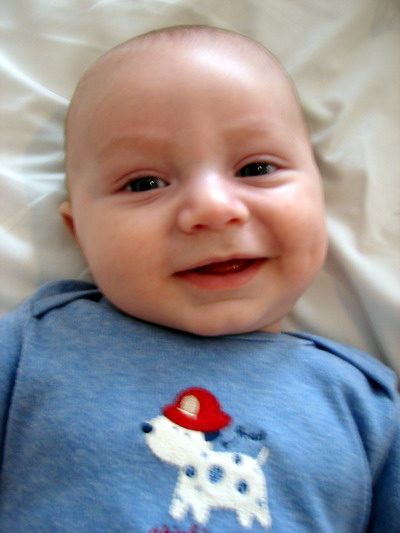 I took a nice shot of the lil guy today 🙂 Check Him Out! 🙂