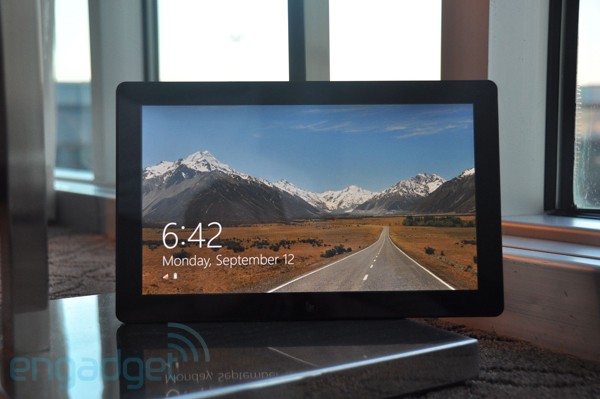 Just last week, we got our paws on Samsung’s Series 7 Slate, and it’s already making its second debut. This time around, however, it’s sporting a much more mouthwatering setup. No, it’s not donning Lady Gaga’s edible leftovers; this new look comes courtesy of Microsoft’s much teased and hotly anticipated touch-friendly OS, Windows 8. As you’ve likely already heard, the latest incarnation of the operating system is something entirely new for Redmond, and, as it turns out, the world. It’s unlike anything we’ve seen before, but that won’t stop us from making comparisons.