Another big day as we head to Vatican City. One of the brother’s Tonino and family was our guide today. Not growing up Catholic, going to Vatican city was never an aspiration of mine. As I met my wife, going to a Catholic church, getting married in a Catholic church, I was definitely more aware of the religion. As I planned and told people about our trip, I got more information on it and as I read and discovered what was there, I got more and more excited about it. Pino was really excited to see the Sistine Chapel and is a great fan of Michelangelo. He opened up my eyes to some of the magnitude I was about to discover. 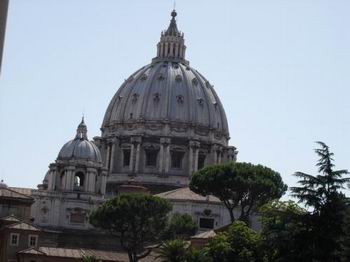 We took the Metro in again to the world’s smallest nation. We headed for the Vatican museums first. We went to the side where the museums are first. 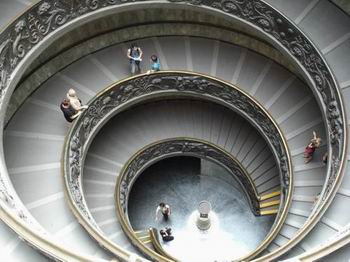 I was first off impressed what a great system they have there. They should run the airlines hehe. We got our tickets and headed into these massive museums. I read how decadent the museum is and how overwhelming they are for effect and they truly are. Room upon room we saw the extremely impressive collections of the museum. You couldn’t possibly take enough pictures or spend enough time here the two huge long halls of displays both arrive at the crown jewel, The Sistine Chapel.

I really did not know what to expect. What the size of the room was? How far up the ceiling was? How long it was? You walk in to Michelangelo’s masterpiece and you are completely in awe. Pino showed me a book in the morning and pointed out a bunch of points in the paining that I truly amazing. Two cool points were Michelangelo’s self portrait and a drawing of the pope that constantly pressured him to finish his master piece. Another point was a part that was destroyed and could not be restored in the 90s and he pointed out a few areas that were so faded, they could not be restored. The room was huge and the ceiling was very tall. It was probably 5 times taller than I thought it was. You can see why it took 4 years to complete and why his eyesight got partially impaired. It was truly stunning. 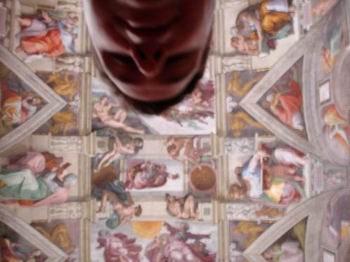 You are not allowed to take pictures or video at all in the room. Anyone that knows me knows I couldn’t follow that rule! 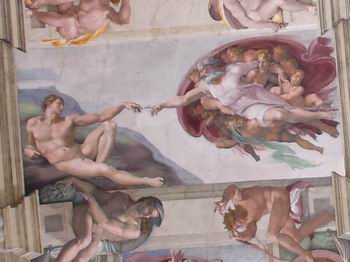 I sneaked in a few bad shots and some video you can see here. I see why they don’t want any because light could damage this already restored chapel. With the amount of traffic in there even the mistakes could damage it some more. Every 5 minutes or so they clap or yell no cameras and or to silence the room. I think I even got scolded once. At one point it really got nuts in there and an alarm went off with a pre recorded warning message, they do not mess around. Of course the highlight and famous piece in the room is the creation of Adam with the fingers. Truly amazing. There are a lot of other pieces around the room by other artists, but are practically ignored by everyone. This was an amazing experience and was defiantly one of the highlights of the trip. 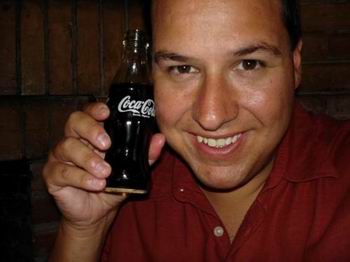 Lunch break, not so good pizza! 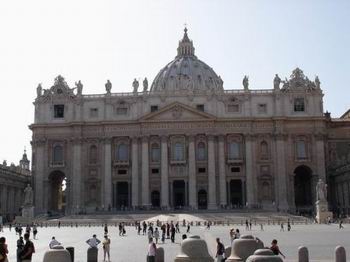 This huge piazza was beyond any size I imagined. It was very huge and very impressive. 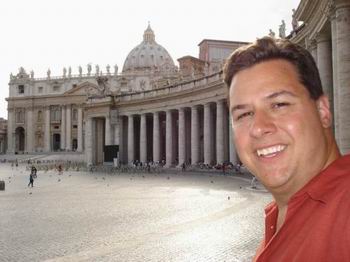 On one marked point in the square, you can look at all the columns that are 4 deep and it appears the are a single column, pretty cool. There is an Egyptian obelisk in the center and 2 fountains on each side. 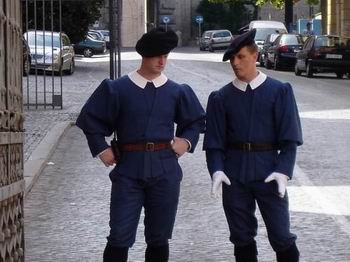 The main gates are guarded by Swiss guards, who are curiously uniformed. I was told early on at war the Swiss people were neutral, so that’s why they are Swiss.

Entering St. Peters Basilica was another spectacle. This was another site that was larger than life. It is the biggest Basilica in the world. I could never have judged the size and magnitude of it. 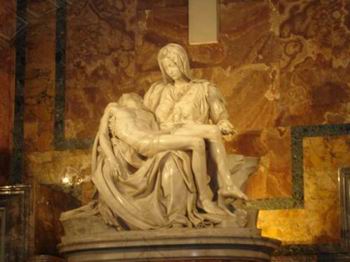 Michelangelo’s Pieta is off to the right as soon as you walk in. It is behind glass because some nut in the 70s who claimed he was Jesus stormed in and damaged some of the statue. It was created in 1499 when he was just 25. This is one of the world’s greatest statues. Way too much to write about. You have to see my pictures to believe it. 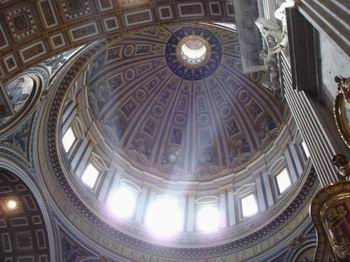 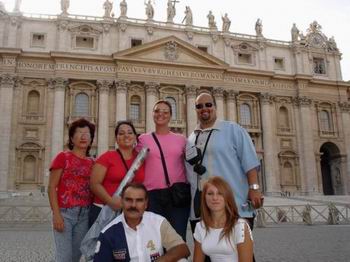 This was an awesome day. We went to our tour guide Tonino’s with his family for dinner. Another beautiful house with a great dinner as well. Tony is a funny guy. He really knew a lot of detail and was a great guide. He showed us his 3D artwork which was pretty cool he created in PhotoShop. His other hobbies included magic and collecting coins. He was a good magician and his coin collection was very impressive. These last 2 days have been the highlight of the trip!