Howard Stern.com: “THE LAST OF A DYING BREED” 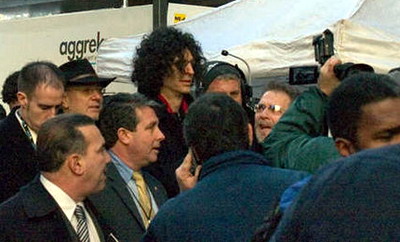 If you know me, one thing you will know is that I am a HUGE Howard Stern Fan! I have been a die hard fan since June 1989, right out of of High School. I remember tuning into K Rock and hearing Howard interview the Go Go’s We’ll I have been hooked since! So hooked I would listen to the entire show for 16 years! I usually taped the show and listened to it on the road. I used to wear out tape decks, taped the show on VHS and eventually went to the Mini Disc then finally to MP3’s and Ipods. A lot has changed in the past 16 years and I really don’t get to listen to entire shows any more. 🙁 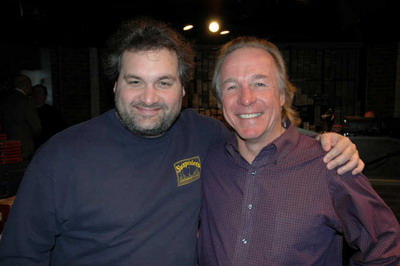 Howards last show was great. Who could ask for anything more then what he did! It was really great listening back to all the memories and thinking back to all the good times I have had over the years with the show! Sure it not the end yet, but the way I will hear Howard, will be a new experience. I will never forget talking like Jackie all those years! Warm Beer, Cold Beeer Beeeeeeeeerrrrrrr. I had forgoten how much I missed him until he came in on Thursday and it was GREAT hearing him and I would hope there is a spot in Howards heart and a spot on Sirius for him.

I had basically met all of the people on the show, with the exception of Howard himself over the years. I had met Stuttering John at a few of his gigs and some personal appearaces and thought he was a good guy. I had met Fred in South River at a gig. He was a lil strange and he kind of blew us off, but he was still a pretty cool guy. I had met Robin at her book signing up north, Gary Babba Booey on the street and at the station when I interviewed for an internship and finally I had met Jackie at Club Bene’ and later on did a web cast at Jokeland in Long Island and shared a beer with him. All those experiences hold a place in my heart over the years and I will never forget them.

I don’t think I will forget Howard’s last day on FM radio. I had planned on going into the city for my wife’s take your child to work day anyway (check out my photos on the Moblog). It was monsooning outside and there was a threat of a transit strike that came today actually. I wound up the rain stopped and it became like 40 degrees warmer at night. It was an amazing thing that against all odds, the final days event went smooth. I watched a lot of the days events over Yahoo and was pretty impressed. I wasn’t TOO bummed that I wasn’t there, but enjoyed the day anyway. I thought everyone’s speech’s were great and it really did home what Howard said about himself, he really is THE LAST OF A DYING BREED.