A day to relax. Just finished the last 2 days journals, which took the longest of any of my journals ever! We slept in late and we are just relaxing most of the day. 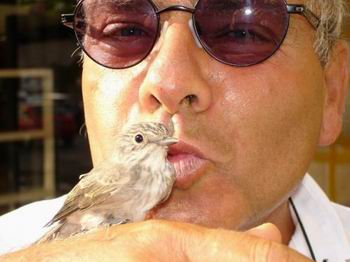 We took a trip into one of the towns and did some shopping. We finally came across a movie theater. I do not know if it was a second run cinema or not but they had some pretty old movies. 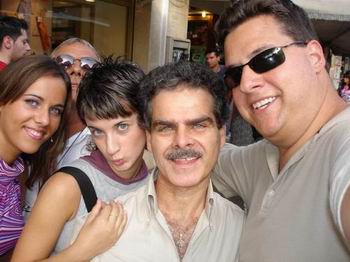 We had dinner up on top of a mountain with a pretty impressive view. 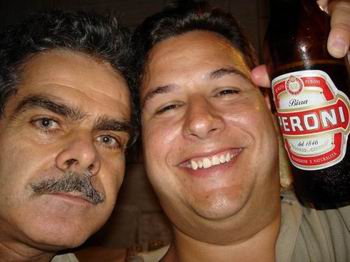 It was kind of funny it was a roadside restaurant and cars rode through the restaurant. 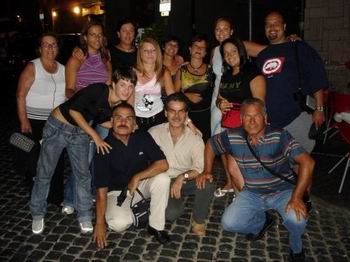 I got a good group shot of everyone .

After dinner we took a ride into the city at night. We drove by the Coliseum, but it really was not lit up all too well. 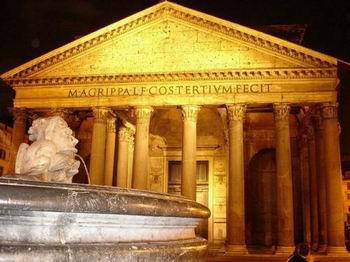 We then headed and parked near The Pantheon, which looked even more sinister at night. 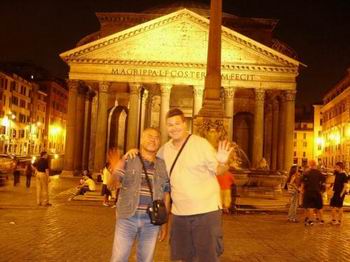 Our main stop was to head to the Piazza Navona, a stop we missed and I really wanted to go to. Originally laid out in 86 AD as a stadium, it is a beautiful site to see after dark. 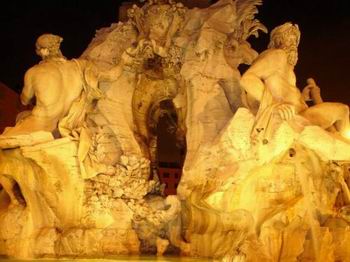 It is comprised of 3 fountains by Bernini. The center one is the Fountain of the Four Rivers whose 4 stone figures symbolize the world’s greatest rivers, the Ganges, Danube, della Plata, and the Nile, who’s face is shrouded because the river’s source was unknown at the time. The fountain is amazing, with its hollow center and discovering different elements of the fountains from different angles, including the rear of a house coming out the other side. 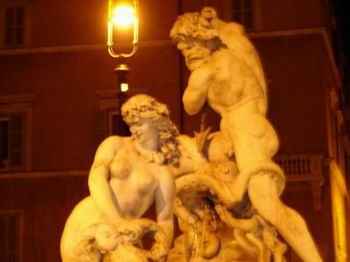 The next statue was the Fountain of Neptune, which the 2 statues are a lot smaller than the center one. This was another great fountain that was restored in 1997 after 2 demented men damaged a tail of one of the sea creatures. 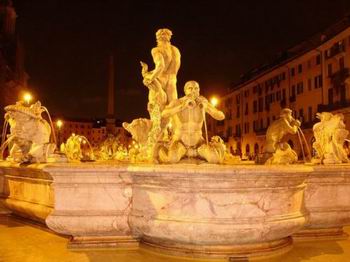 The 3rd statue, Fountain of the Moor was one of my favorites. It has these cool sea creatures blowing out water from these shell horns. I got some great night shots. Pino and Mags got cool drawings of themselves and we headed back home.

I have a guest writer for my Blog, Ilaria

I will miss u a lot see u soon in America

See she misses me already hehe