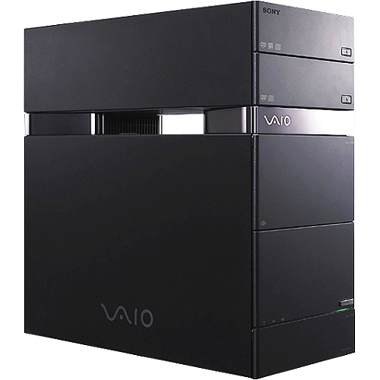 YES! I finally did it! I picked up a new Desktop computer! Sony was blowing out their R Series Desktop to make room for their newer versions from the same series. I originally was going to pay $1,550 on Sony’s site until I saw it on J&R music’s site for literally $650 bucks cheaper after rebate, no tax and cheaper shipping! It also came a lil damaged so I got another 70 bucks off! DAMN I DID GOOD! My other old computer, literally is dying 🙁 Sorry Elo 4k 🙁 So I really needed a new machine! I was going to go with Dell until I decided to go with a Media Center 2005 based Sony computer! I really was not expecting much from the Media Center, but boy was I wrong! Don’t get me wrong, the computer is AWESOME but I really fell in love with the Media Center! It is so cool how you can access all of your media in one simple interface. It comes with a great remote control and you can stream it to a Media Center box wirelessly anywhere in your home! You can see your digital pics, listen to all your mp3s and watch and record live TV, which by the way I think is BETTER than my Tivo, Sorry Tivo 🙁

I was really on the fence about a monitor! Was looking to run like 2 19″ monitors, but still had doubts, UNTIL

Dell announced a 24 Inch WIDESCREEN LCD MONITOR! Holy, it looks so BAD ASS! I was tempted to order the 20 inch widescreen, but I am glad I waited! – The UltraSharp 2405FPW ships with some useful amenities, including a four-port USB hub—two on the main connector panel, two on the side of the display. In addition, the unit has a 6-in-1 USB card reader that supports CompactFlash (type I and II), SD/mini-SD card, Sony Memory Stick / MS Pro, Smart Media and Hitachi Microdrive.
SWEET ! This comes out in March, but I will wait! 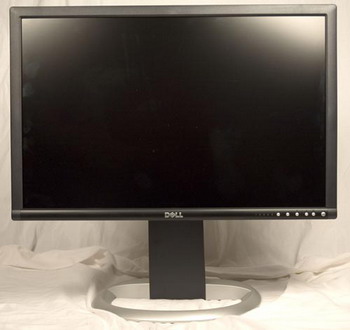