Get ready for more Dino fun! – And there could be another big-money sequel on the way! – The director of the first two Jurassic Park films Steven Spielberg – speaking to a US magazine called Starlog – said he has found a brilliant script for the fourth film. He’s in charge of all the JP films, but as with the third film, Spielberg doesn’t want to direct and could give the reins to Joe Johnstone, who made that one. 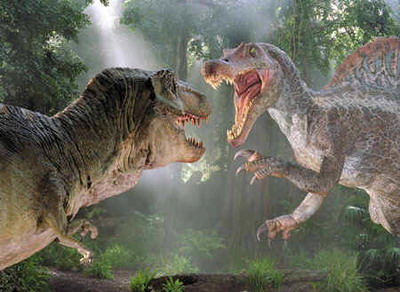 One Reply to “Jurrasic Park 4!”