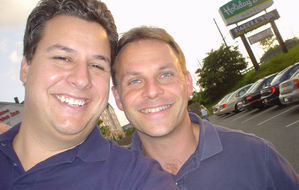 For those of you who do not know of Harold’s (a rather large deli/restaurant in Edison), let me enlighten you in our experience! For Dean’s birthday we took him out to his place of choice, Harold’s. 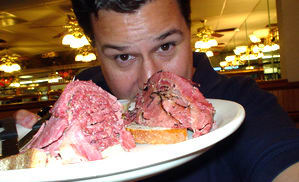 I have been there before and know of the magnitude of the food there! Their sandwiches are literally enough meat for a good 5-6 people, it is insane! As Jos put it, Dean, Billy and I were like GANGBUSTERS! hehe. We ordered 2 smaller sandwiches for 3 people! All said and done we had enough leftovers for another 6 sandwiches or more. I have my lunch still for tomorrow! 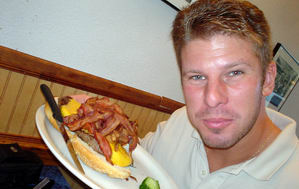 Dean went the bacon cheeseburger route, with at least a pound of bacon! Unreal 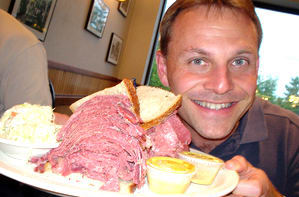 Check out just one of our sandwiches!

The cakes are HUGE! Dean said he literally cut 15 slices from one piece of cake last time he was there! Although it was Dean’s birthday, we all agreed to throw in the towel and NOT get the cake! 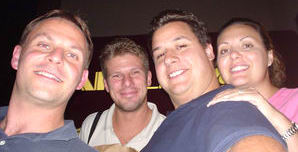 All in all, the damage was done! Don’t know when I will be ever back there again! It was a birthday event to speak about for years to come! Can we go back to hibachi next year 😉

One Reply to “Gangbusting Harold’s!”