The next generation of Windows is coming and it looks pretty bad ass!  This is a HUGE jump from Windows 7 and has the cool Microsoft tile look!  The Windows 8 Tablet looks very cool!  People are already saying its iPad and the Windows tablet will be the only 2 competitive tablets out there! 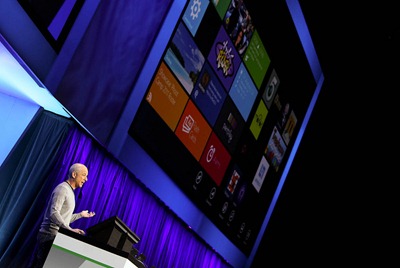 The keynote finished a few hours ago at BUILD where Steven Sinofsky and other members of his engineering leadership team shared a detailed preview of the next major Windows release codenamed “Windows 8” to the thousands of developers in attendance here in Anaheim.

via Windows 8 Previewed Today at BUILD.

www.buildwindows.com
– Watch The Keynote from Build