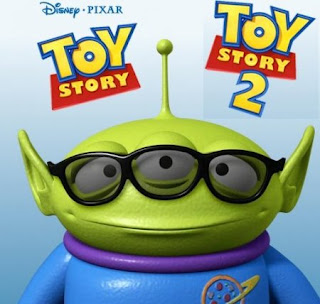 Moviegoers are in for twice the fun and triple the thrills as The Walt Disney Studios prepares to debut the Disney Digital 3D versions of Disney-Pixar’s beloved animated features – Toy Story and Toy Story 2 – during a special limited engagement starting on October 2, 2009.

This extraordinary double feature, taking the latest advances in digital 3D technology “to infinity and beyond,” will play exclusively in 3D. Toy Story, the industry’s first ever computer-animated feature and the first feature released by Pixar Animation Studios in 1995, and Toy Story 2, the critically acclaimed sequel that debuted in 1999, were both directed by Academy Award-winning filmmaker John Lasseter. Both films have been meticulously re-rendered in 3D from the original digital files using the latest state-of-the-art technology.