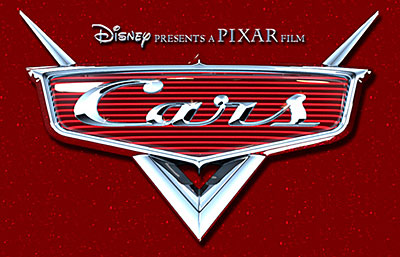 I’d Drive My Tires Over A Mile Of Busted Glass Just To See That Picture Right There! Or so the tow truck says in the trailer for the next Pixar movie Cars. I was very unhappy to see the news that the delayed the next movie till the summer of 2006! WHAT! O well I guess I am just going to have to wait a little longer. Hopefully things may change with new blood at Disney and Pixar can work out out and stay with the mouse a little longer!

LOS ANGELES (AP) – Pixar Animation Studios will delay the release of its next film, “Cars,” until June 2006 as it switches from a holiday release schedule to releasing films during the summer when more children are at home.

Pixar and The Walt Disney Co., which co-finances and distributes the films, said Tuesday that “Cars” would be moved from its planned November 2005 release date, creating an 18-month gap during which no new Pixar film will be in theaters.

Last month, Pixar chief executive Steve Jobs told analysts that the company was contemplating a switch to summer releases in part because children are out of school during the summer. A summer theatrical release also means the home video will be released during the holiday season, when people are looking to buy gifts.

“‘Cars’ longs to be a summer movie,” Jobs said in a statement Tuesday. “We plan to finish ‘Cars’ on its original schedule and look forward to ‘Cars’ and our future films benefiting by summer theatrical releases and holiday DVD releases.”

“Cars” is the last film in a five-picture deal between Pixar and Disney. Pixar is already working on its next, as yet untitled, film, which was set to be released in 2006, but will be pushed back to 2007.

Last month, Jobs said he was waiting to conduct serious talks on a new deal until after Disney announces a successor to chief executive Michael Eisner. Jobs said the announcement, due next June, would trigger a game of musical chairs among studio executives.

Baby, you can drive Disney/Pixar’s ‘Cars’

Hoping to parlay the public’s growing appetite for auto racing, Cars features the voices of track aficionado Paul Newman, who continues to compete at age 79, and NASCAR great Richard Petty.

Cars isn’t due in theaters until 2006, and production won’t finish until next summer. But the studios hope to rev up the early word for the first feature directed by Pixar co-founder and Incredibles executive producer John Lasseter since 1999’s Toy Story 2.

The movie centers on speed-obsessed race car Lightning McQueen (Owen Wilson), who gets lost on his way to the track. He lands in Radiator Springs, a downtrodden town off fabled Route 66 that has been bypassed by the interstate. There, he learns about what really matters from the cars of the 1950s and ’60s.