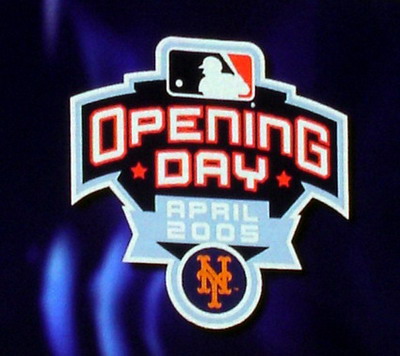 Rally lifts Mets in home opener – Five runs in eighth make club a winner, 8-4 WOW WHAT A GAME! The Mets really had to produce a win or they would have been in HUGE TROUBLE! 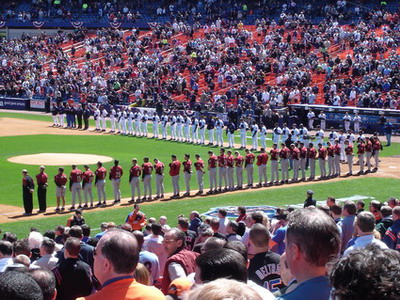 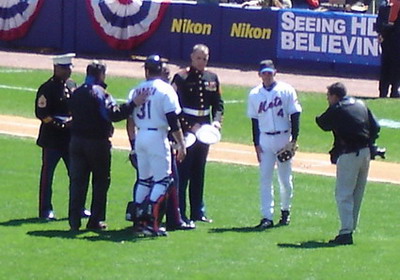 Tom Sever On The Mound 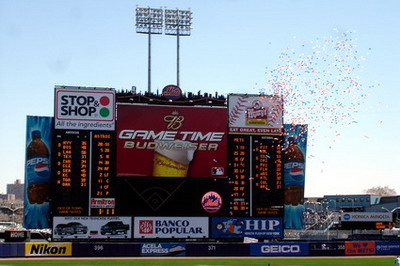 I have been very excited for weeks now about going to the Mets Season opener! You know Next Year Is NOW according to them, until the season started, when you wish next year WAS now! But thank god the Mets pulled out a great win on Sunday and a major win in the home opener. What a GREAT GAME! I think this was possibly one of my favorite game next to the World Series a few years back! The game was great. 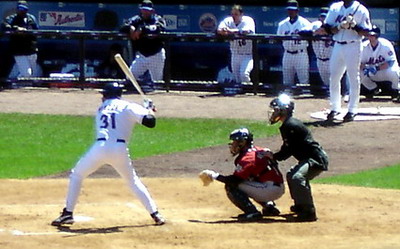 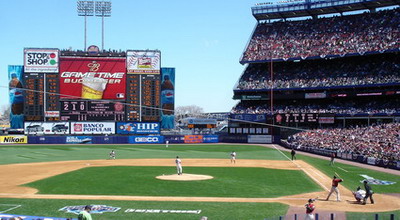 Generally the Mets poor it on early or mid game and usually stall out later in the game, but not in the home opener! Mid way through the game the players ran out and got ready to play. Something came up and Tom Glavine just started warming up. Like usual, the spectator at a ballpark is the last person to know what is going on. We later found out there was a Batters Eye Delay! What the hell! Without the wall changing back to a solid black, it is had for the batter to see a ball being pitched to them. 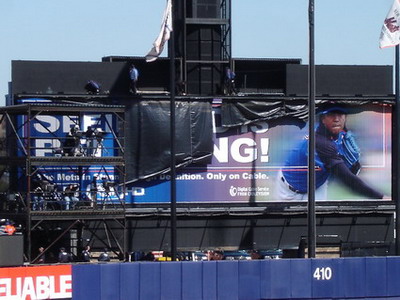 The rotating billboard in center field would not close and the game was delayed 14 minutes. It was pretty comical! Plan B was to just draping a black tarp over the sign THAT DID NOT WORK! They unraveled a few tarps, but THEY WERE NOT SECURED TO THE TOP, so they just fell to the ground! Way to comical! The crowd went nuts and they eventually got the problem fixed! TOO FUNNY! 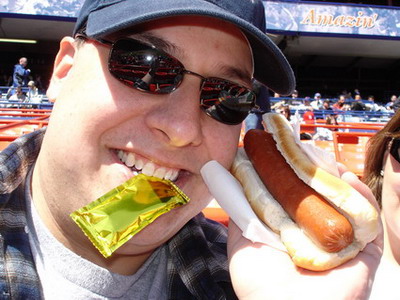 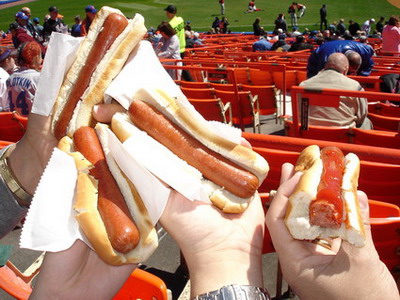 When I took a trip to get some some food, I saw an attractive looking women just standing in front of the men’s room. I took a second look and realized it was Kelly Rippa! It was too funny cause I did have my handy camera in my pocket and asked her if I can take a quick shot! My hands were full with all my stuff and I still managed to get my classic self portrait in! She was very very cool and she obliged I impressed her with my photographic style! 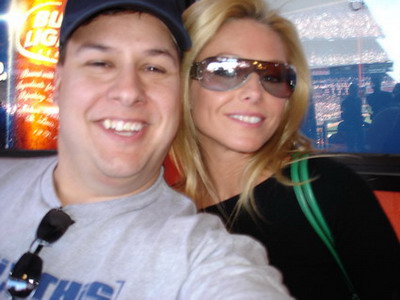 I am sitting here Tuesday morning, watching Live With Regis and Kelly. She went into this whole wrap about the game and how awesome the game and even the hot dogs were. She sat with Willie Randolph’s family and had a great time! She them went into this HUGE rant about how she disliked the BATHROOMS! Classic, and how ladies should clean up the “splat” after they are done! She said she would rather use the urinal! Gelman shouted out how there is a device for women to use them and printed something out on it and gave it to them! It was very funny she talked about the game for 10 mins! 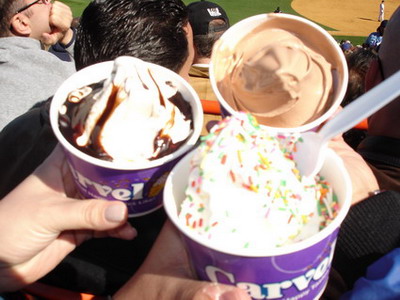 The Mets didn’t get hurt by just sitting around for the delay, they came back and won the game! My favorite moment was seeing John Franco on the OTHER TEAM! Those of you who don’t know Franco, he was a relief pitcher on the Mets who was the Captain of the team! Many, many, many times he blew the game for the Mets and I really DID NOT like him! I did not know the fate of him. Here I thought he retired or something but he is now on the Astros. When they did the opening day’s events, he got a big applause. They also did this big tribute to him on the Jumbotron. Sure enough they put him in the game and in his true style, gave up 2 runs! My prediction EXACTLY! I actually rooted and finally gave him some props! I now like John Franco! 😉 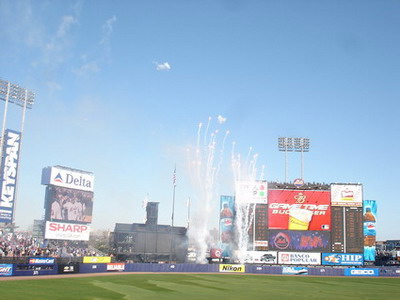 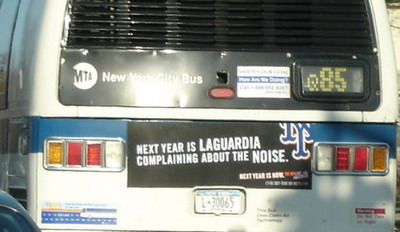