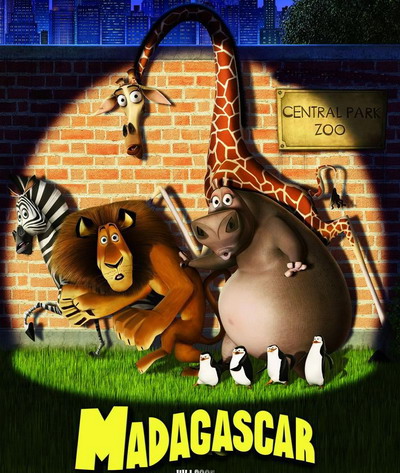 With Madagascar producing $500 million-dollar wet dreams for Jeffrey Katzenberg, the DreamWorks Animation CEO announced today – get ready for a shocker – that the studio will indeed produce a sequel to what’s become its most successful original movie ever. EVER!

Returning to their roles as a lion, a zebra and a hippo (what, no wardrobe?) will be Ben Stiller, Chris Rock and Jada Pinkett Smith. Along with what’s expected to be a plethora of sequels, DreamWorks will give the Madagascar penguins their own direct-to-video release as well as a ten-minute short to be shown before the upcoming Wallace & Gromit: The Curse of the Were Rabbit. Though there’s still no word on whether or not the penguins will see any profits off the DVD, Stiller and gang were officially spotted on the street today high-fiving imaginary dollar signs floating above their heads.